On October 19 the NRHSAA Girls Field Hockey Season came to an end with an exciting day of playoff games hosted by Governor Simcoe. In the semifinals, Eden defeated Laura Secord 5 to 0 and West Niagara defeated Governor Simcoe 5 to 0. In the finals Eden defeated West Niagara in one of the closest finals in a number of years with Eden scoring in the last five minutes of the game to win 2 to 1 to claim the Zone Championship and now advance to the SOSSA Championship at Saltfleet. 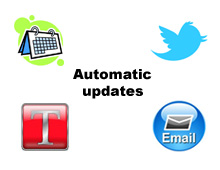